If you’ve been hanging out with us for a while here on TEOT, then you might have gathered that I move around a lot. I can’t stay in one house for long. For the record, I’ve been at my current house for a little over two years but it feels like at least…an eternity.  I don’t move from state to state, it’s more like one house over or maybe the other side of town. When I think about homes around here (everyday), I’ve come to the conclusion that as long as I’m physically able to move around I’ll never be satisfied with one house.

During my weekly visit with the MLS, I ran across this house.  Although I’d seen it before, it was far more interesting to me this visit.

I sent Betsy a text that said something like “I wanna move here, now. It’s like Betty Draper meets Southern Living later meets Betsy Burnham” Then I emailed it to a couple of people and then I leaned over to Dan and said look at this house. He did and remarkably he played along for a bit and was interested too. 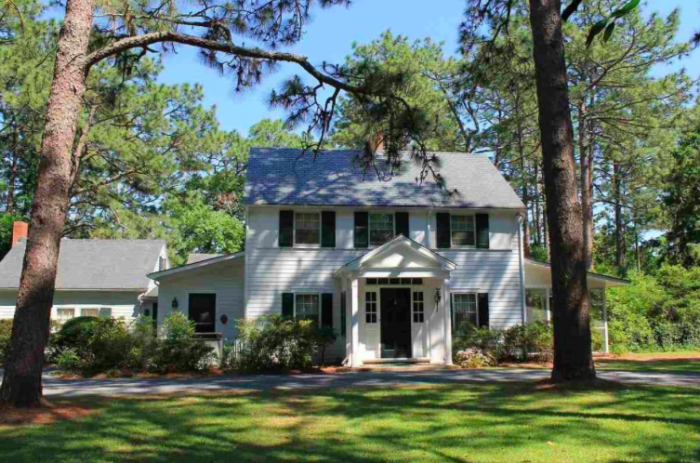 What I loved the most about this house is the way it sits on the property, especially in the backyard. 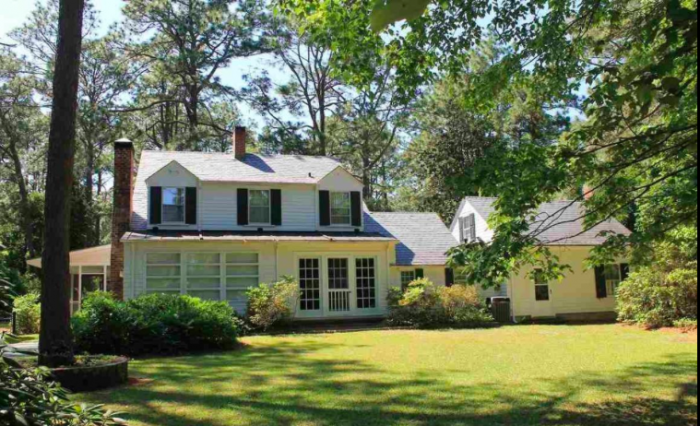 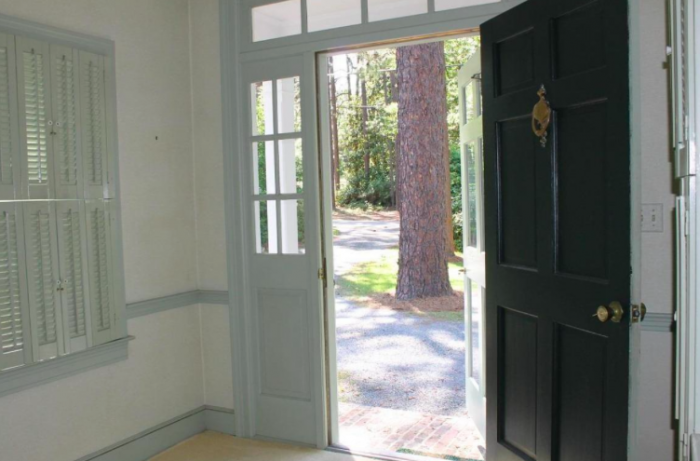 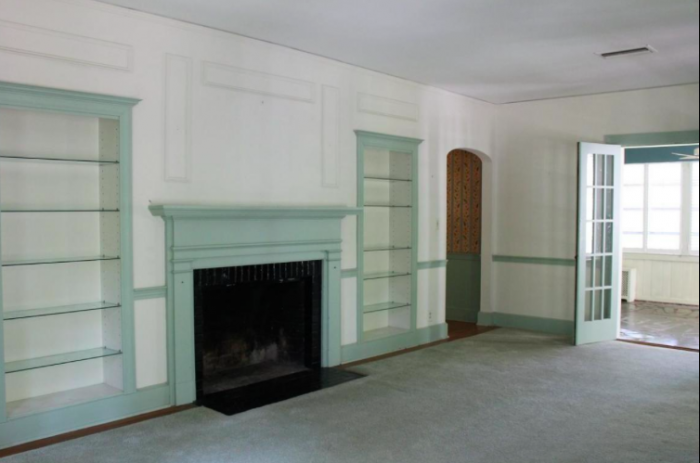 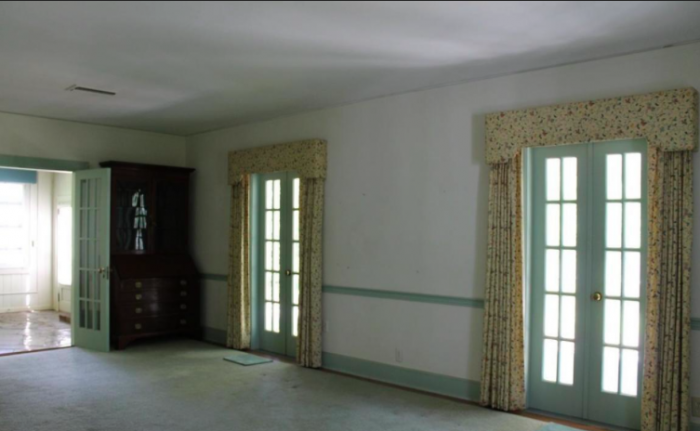 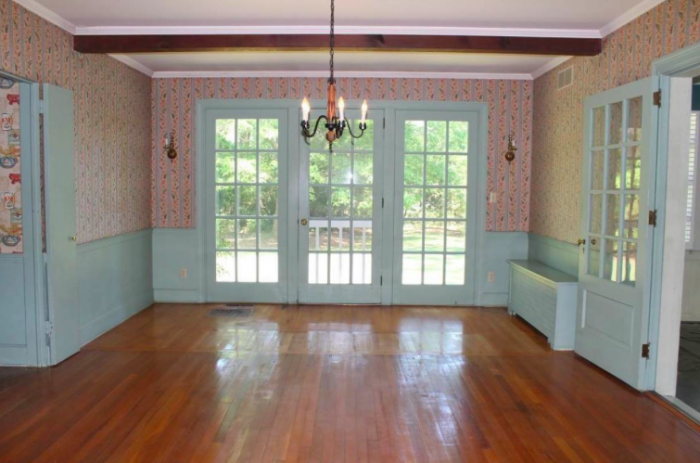 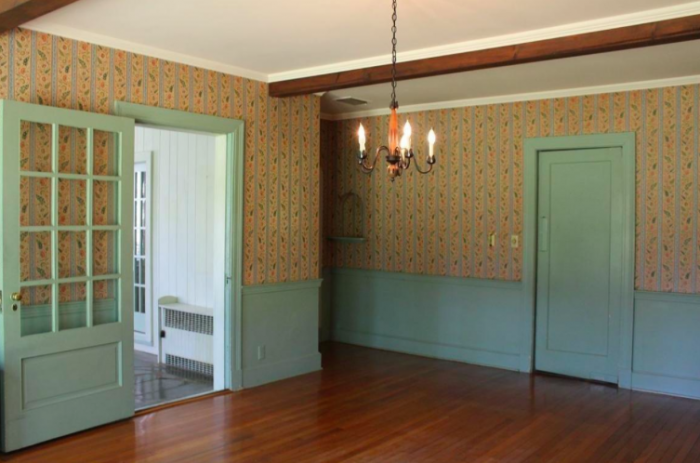 Dan said you almost have to leave the wallpaper for a while because its so weird. 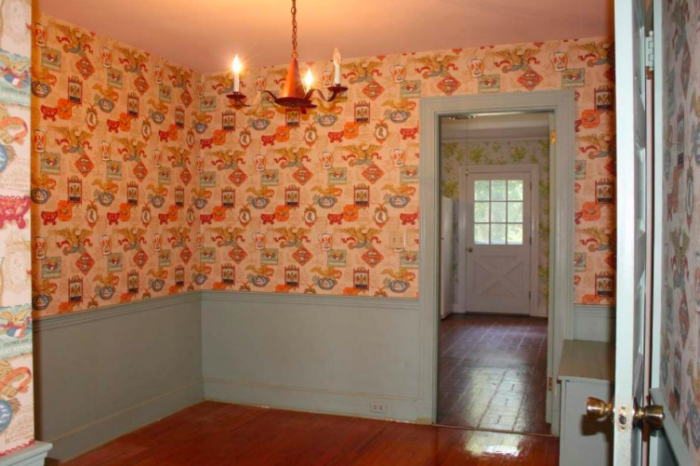 Hats off on the acid yellow laminate. 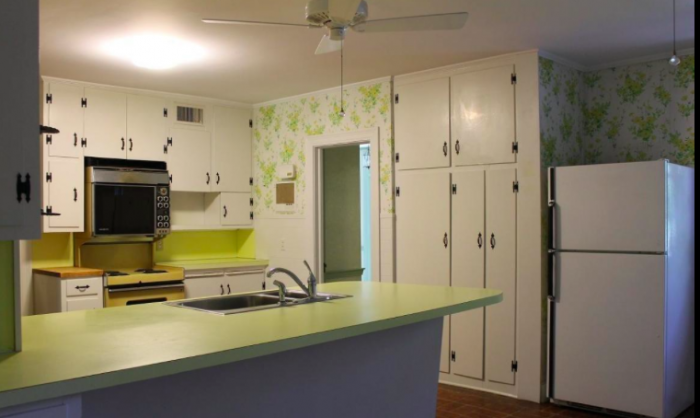 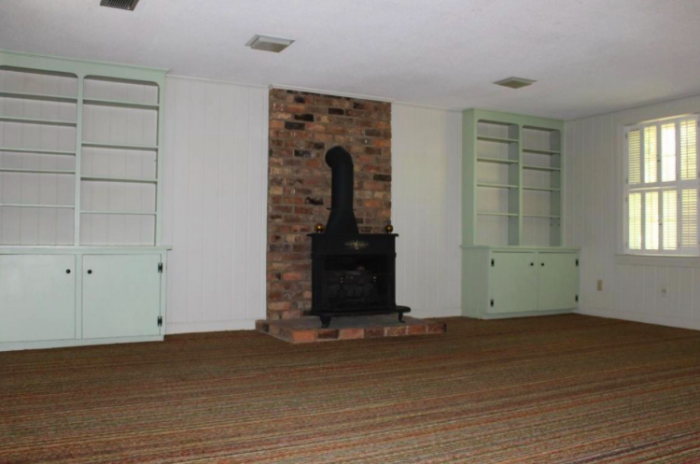 Betsy’s response to me was, “I wanna see you do that” but followed by “that place needs a serious update”. It really does, the bones are good, the potential is there as it almost always is but it truly needs a major overhaul. 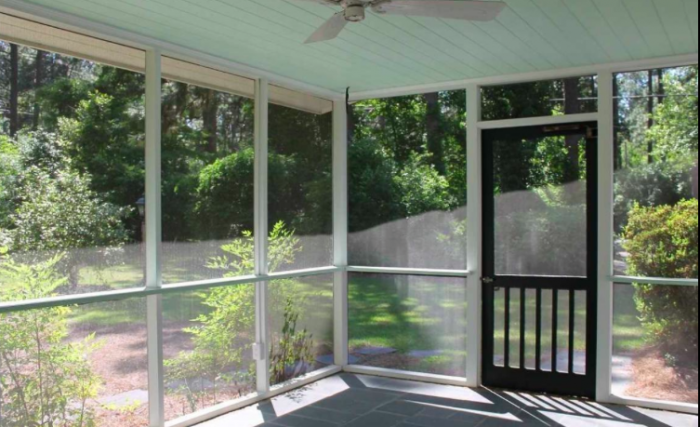 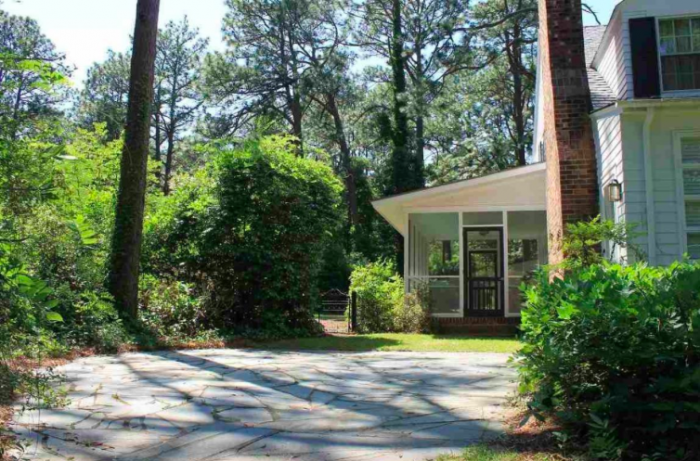 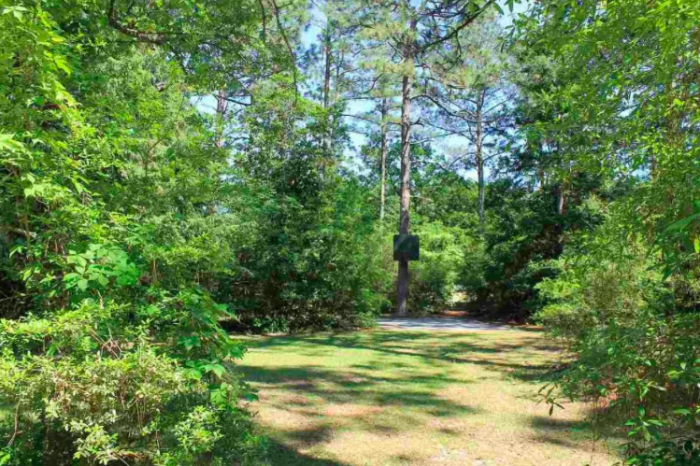 Written By
Sarah
More from Sarah
First, it was white upper cabinets and gray lower cabinets. Then it...
Read More