Well, Bungalow 404 is finally finished…I promise a full visual tour very soon. She still needs a wicked cleaning and we’re working on removing all of the construction dust etc.

For the last several days I’ve been scouring the internet for affordable window treatments. AFFORDABLE. Well– it exists but some of it is rather cheap and non-functional and these two variablesÂ narrow the search significantly.

I began at JCPenney because my mother bought a cordless roman shade there about a year ago and loves it– no complaints. So after finding theirÂ Cabo bambooÂ cordless shades, I thought this is perfect! It will lend texture and warmth to the room and it’s cordlessÂ so DC won’t try toÂ wrap it around herself and then crawl away at baby warp speed or worse.Â

I started reading the customer reviews for the CaboÂ and they are for the most part BAD. So I ruled it out initially but now I”m thinking, my mom loves hers and they look so great and the price is great… I’m just not sure what to do. I went on to visit Bed Bath & Beyond, Linen Source, Linens & Things, IKEA, Walmart and finally Target. Smith + Noble is absolutely out because it is cost prohibitive.Â  I have temporarily settled on some cordless white roman shades from Target but haven’t purchased themÂ yet. 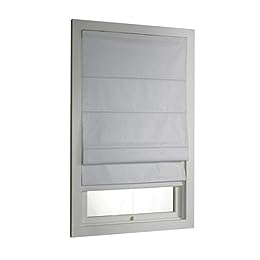 I also considered Emma Jeffs window film for the hall and basement baths.Â  I’d like to let light in but maintain privacy and this isÂ a beautiful option that meets both of those needs. 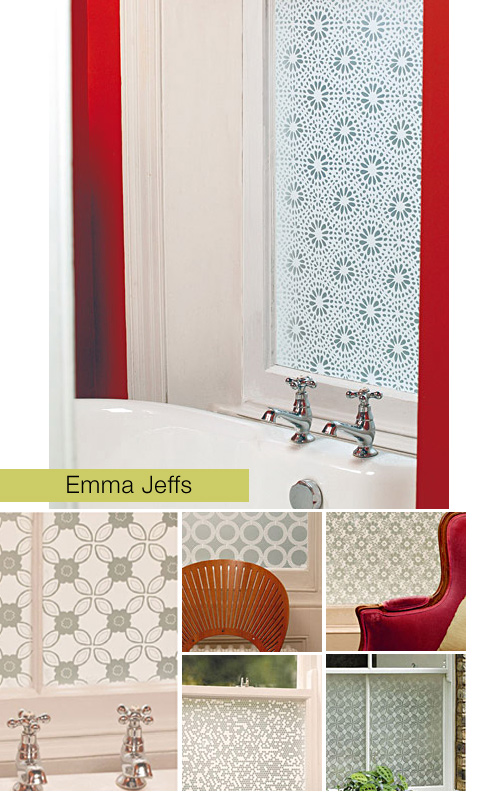 I’ve always admired the shade in this room. It looks like a linen/hemp roman shade. The symmetrical furniture arrangementÂ isn’tÂ so bad either! 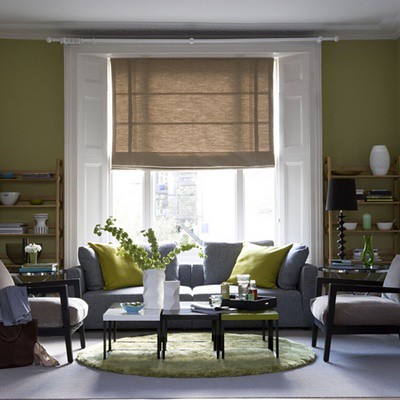 I’ve determined thatÂ shopping for window treatments is mentally labor intensive. And it can be dissapointing for anyone me included when you can’t afford custom.