Exterior painting is slated for next week for Bungalow 404. Four paint samples have been up for about two weeks now, observed in different stages of the day and the family and carpenters have all voted and voiced their opinions-wanted or unwanted. 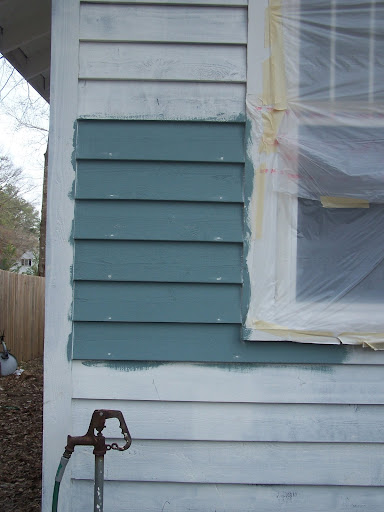 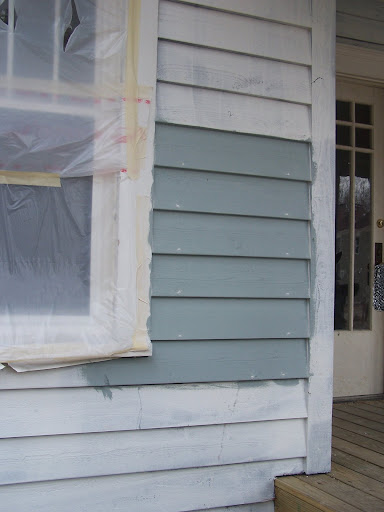 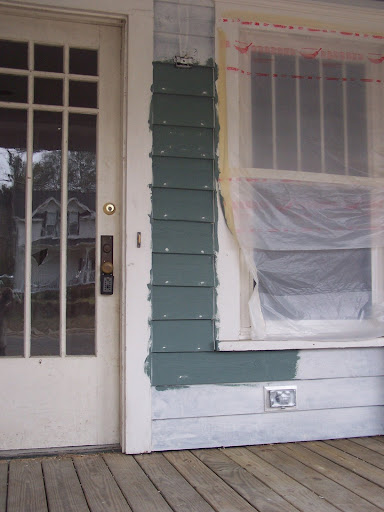 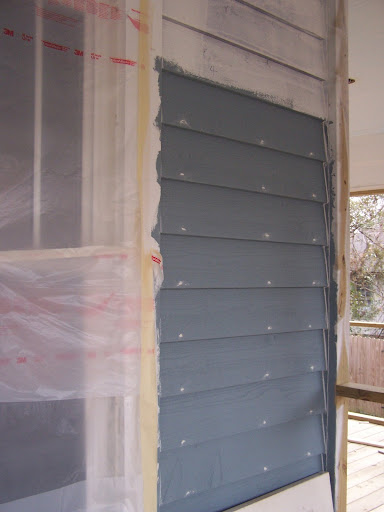 After much consideration I’ve settled on Studio Blue Green. Originally, I wanted the color to be more along the lines of blue/gray, think a Colorado Blue Spruce collides with a cloudy Seattle day. The decision narrowed toÂ Mount Saint AnneÂ and Studio Blue Green. Â But after much deliberation and living with them for a bit I sided with the Studio Blue Green.

Also for your enjoyment I’ve posted the kitchen with cabinet install complete. I think the layout turned out great. I see the reward of putting those three windows in the dining room every time I visit, the light just beams in from the backyard unobstructed by gables or eaves, brightening the whole room. 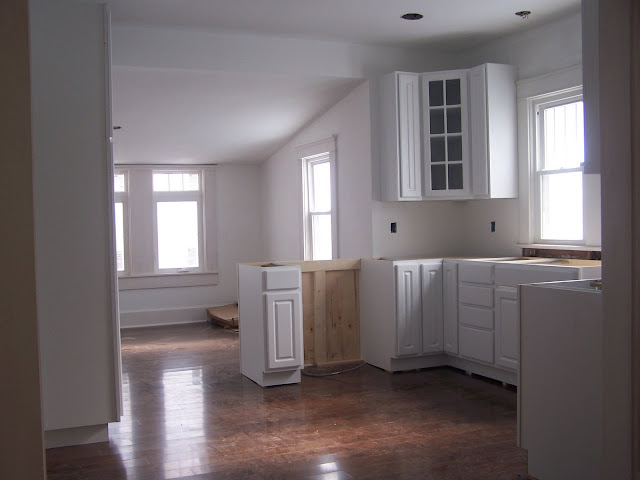 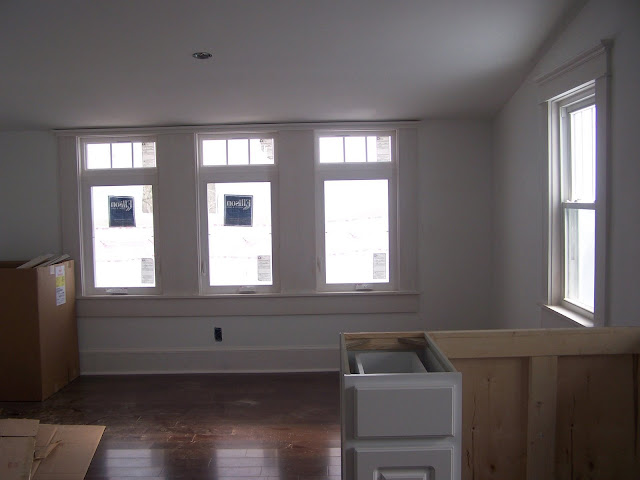 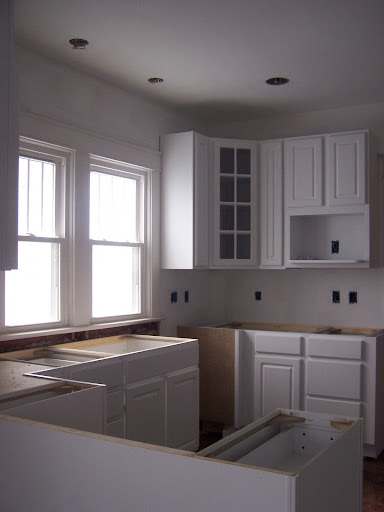 Also a few pictures of the bathroom tile. 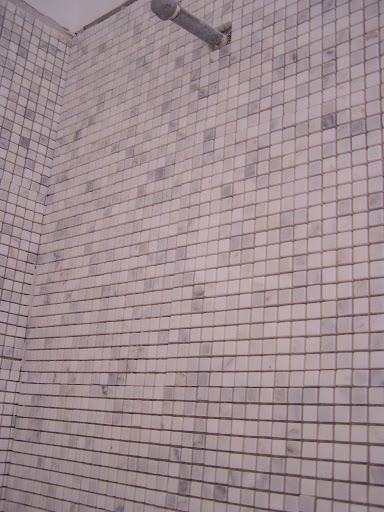 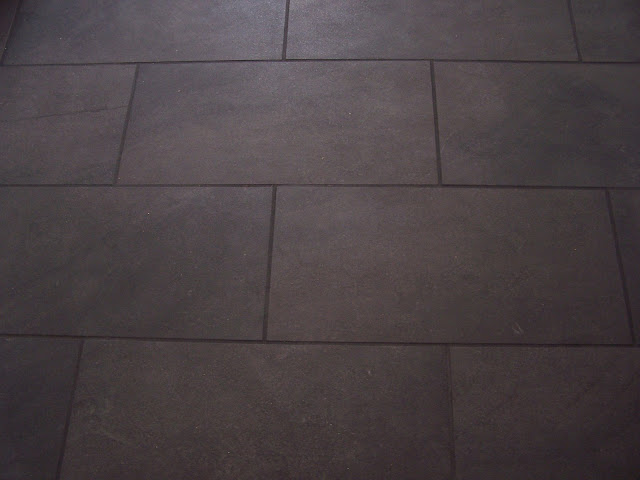 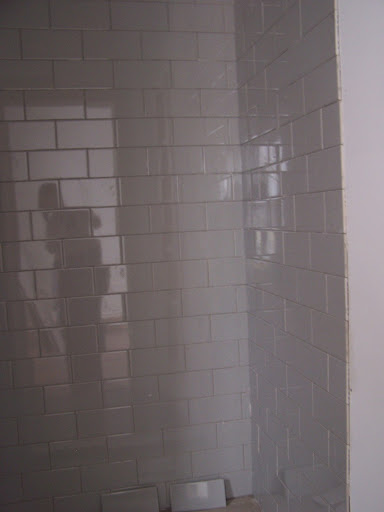 The projected finish date has been set for April 1st. Think we can make it?Thanks for playing,

Written By
Betsy
More from Betsy
I’ve read this twice now…Canadian House & Home could be the new...
Read More