My official campaign to paint our french windows black has launched, and this is it. I'm curious to see how the dude votes. All in favor say YAY! 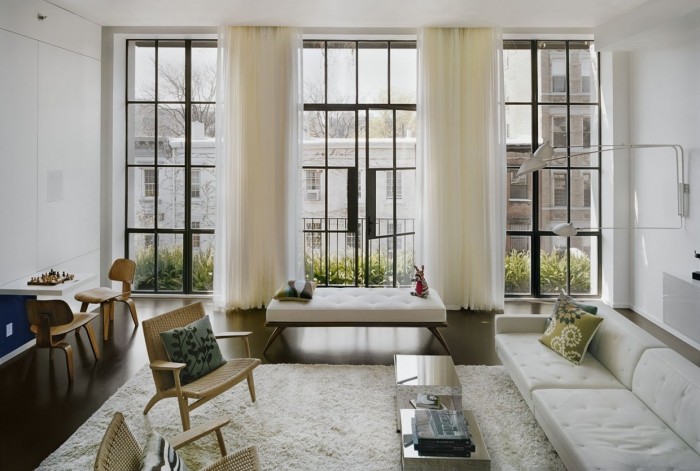 I’ve been feeling rather drawn toward black frame windows.

It’s an industrial vibe, a warehouse look, and it’s had my attention for some time — but lately I’m noticing it more and more as it mixes traditional residential architecture with modernized interiors and it’s really impressing me and that has me thinking about my own new home.

This particular home decor trend is not adopted without some commitment to the cause. Many times the executions are impressive because they were an architectural choice at the time of installation. However, painting an otherwise normal window frame is an option for upping the aesthetic ante. Painting windows can be a real pain though, especially if you are covering up oil based paint. Many folks wouldn’t be willing to get into this without real commitment to the look.

We are trying to make that decision for ourselves now. I’m growing more and more committed each day though. It started as an quick idea that I brushed away almost as soon as I thought it. It has since evolved from that to the “Heffe would never buy it” stage to this full on campaign for his consideration. This marks the official launch of my efforts to convert the dude into a believer.

First, let’s have another look at the windows in the new hizz. There are 13 in the sunroom alone. They are lovely old french panes and they are painted blue on the outside, which is an endearing feature that made me fall head over heels for this home.

But, from the inside, you can see that blue sneaking and peeking around the edges, blurring and distorting the frames and distracting from the view beyond the jungle greenery. The addition of the screens, which we only have on the windows that open, makes for an illusory sense of color in the frames, ie, not white, but very fuzzy. 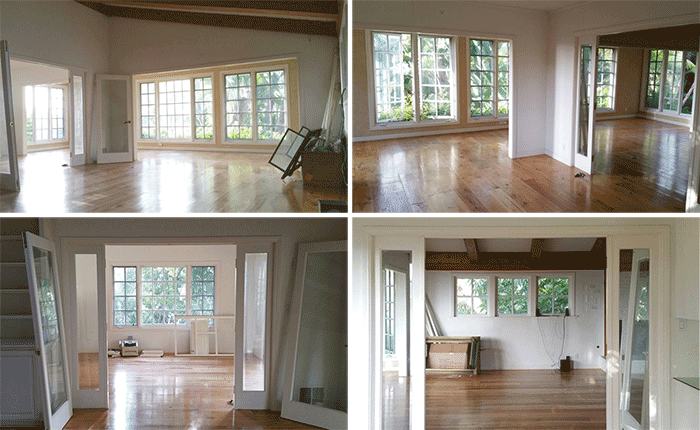 You can clearly see the illusory color effects happening in these pics. They are already imperfect — why NOT paint them black? My feeling is that the strength of the black mullions and transoms will stand up with a bit more visual strength to the sunlight and the screens, providing a more cohesive grid like effect on the windows and thus improving the view overall. I’ve photoshopped it below.

But first, join me as we journey through a world of black frame window inspiration and what got the old wheels spinning in the first place. Most of these painted frames maintain their original white window trim, so it is only the frame that should get the black treatment in our home. This is the look that I’m after. Of additional note, some of these are most definitely metal frames and some have no trim at all. 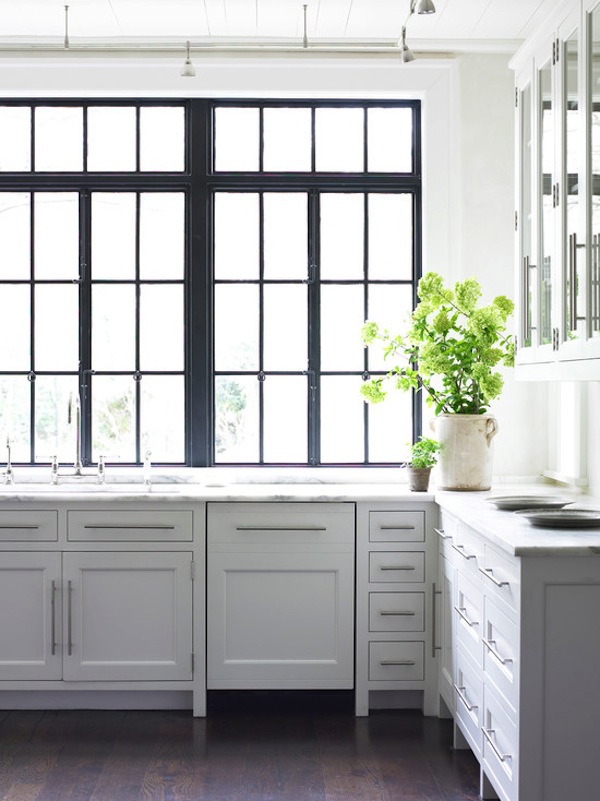 via Architectural Digest
Ellen & Portia’s foyer has got it going on and their black frames are definitely an architectural statement. Plus there is a large dose of Serge Mouille at play, which is another recurring trend in the images I’m pinning. I’m feeling all wanty inside. 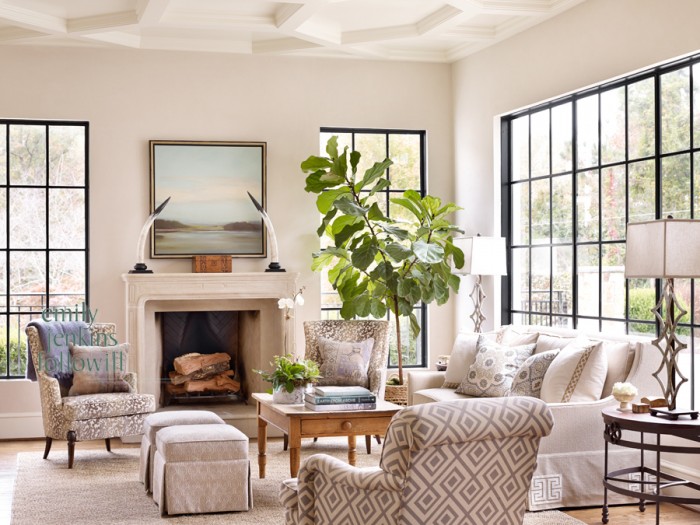 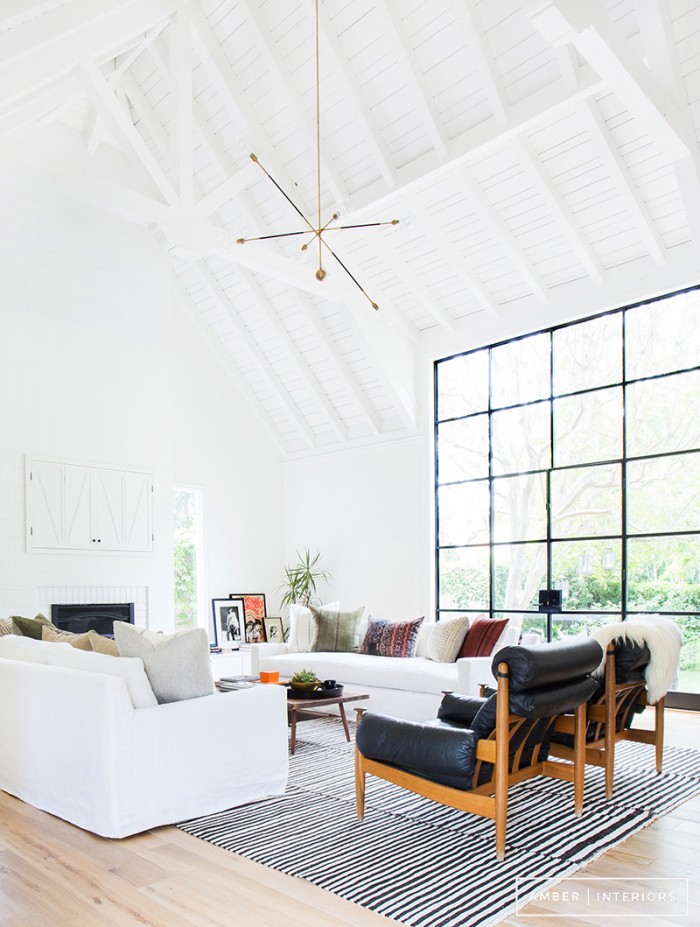 via Amber Interiors.
Amber’s recent client reveal showcases an impressive architectural statement with its black warehouse window wall.
Peep the before and after post to get a load of just how this feature sings agains that brilliant white. 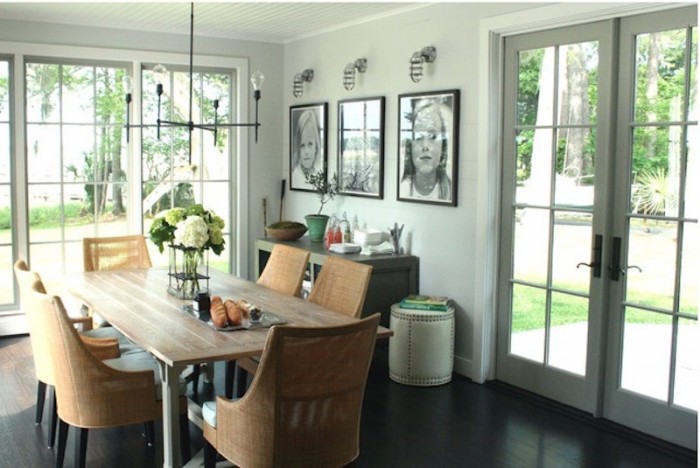 via Rethink Design Studio
Just for fun, here is a room with the french frames painted grey. 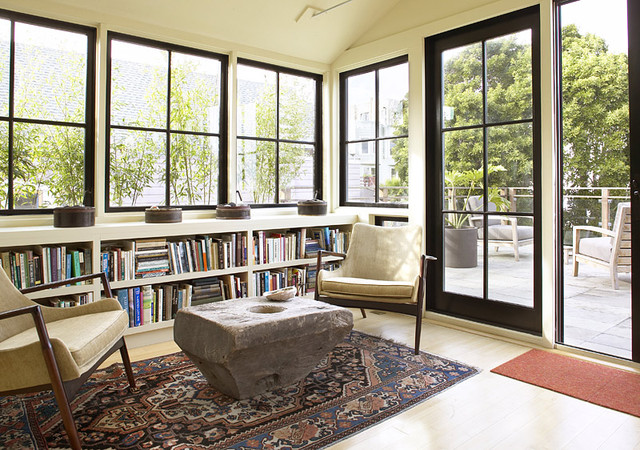 So, I put our home in its mid-renovation state into photoshop, to help us see what our little spot could look like. I’m rather loving the turnout. Let’s do it! 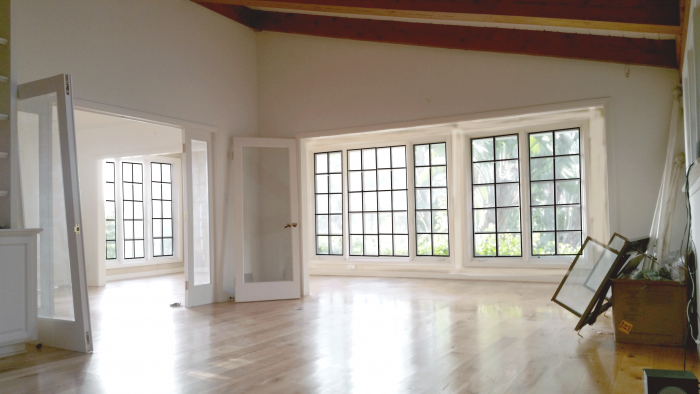 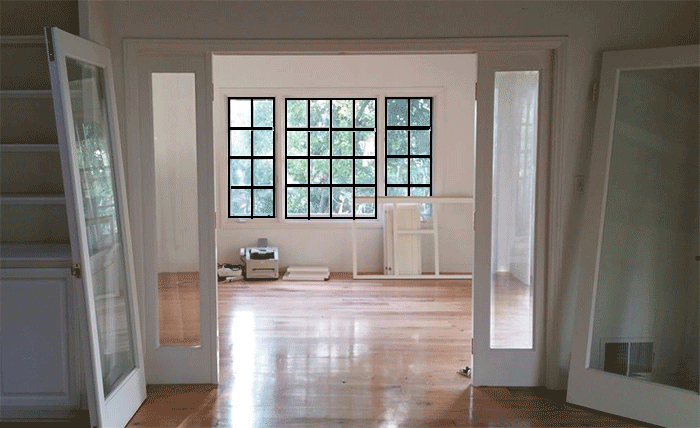 We did it. Here is a little look at our turnout. 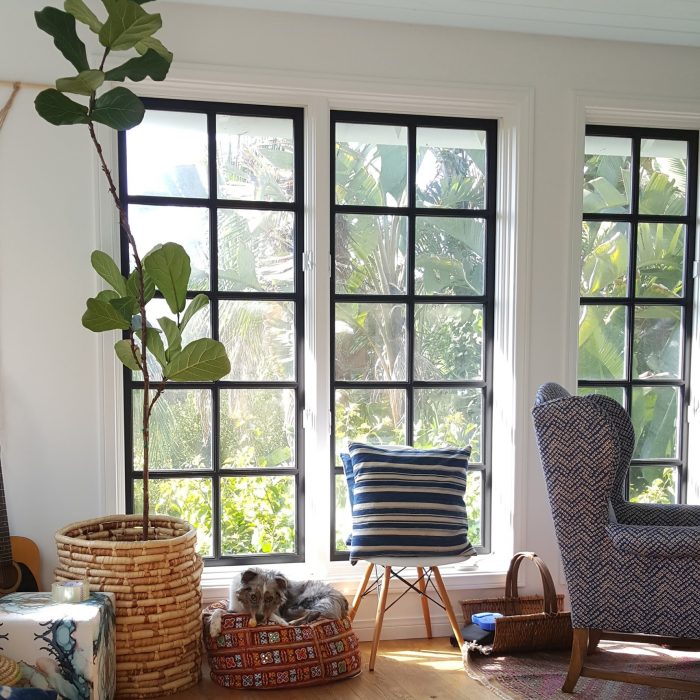 Written By
Betsy
More from Betsy
I’ve been living in my new home for a few months and...
Read More