…Sarah, what’s your thought on off-center front doors on a porch like that. I’m sure it’s not worth the cost to move the door, but it always make me wonder.

I love this question simply because I remodeled a house that had an amazing front door that was off center.

This is the house I lived in before Bungalow 404, before the 2007 remodel was complete. 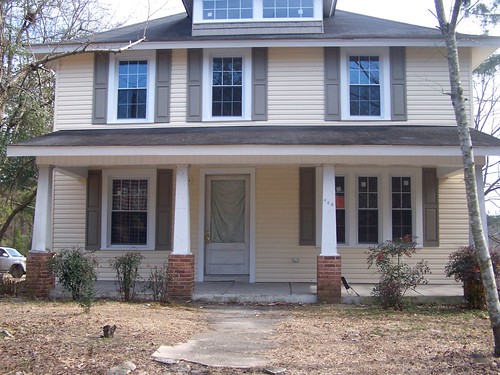 I’ve never shared this house mainly because I renovated it before I really began blogging and I don’t have images that present an accurate before. Interestingly enough, my friends, real estate agents and neighbors loved this house and I just kind of thought it was ok. We had a tag sale when we moved and everything was downstairs in the living room and I kept catching people wandering around upstairs. It sold in 14 days in 2009, what does that tell you—I should’ve increased the price, no…well ok maybe but people just really liked it. Anyway, lets get to the point here.

This house had a grand front door that was at least 7 feet tall but was just left of center and it could not be moved because of the structural and interior layout.

We had to balance things out visually on the exterior… so we added more windows. 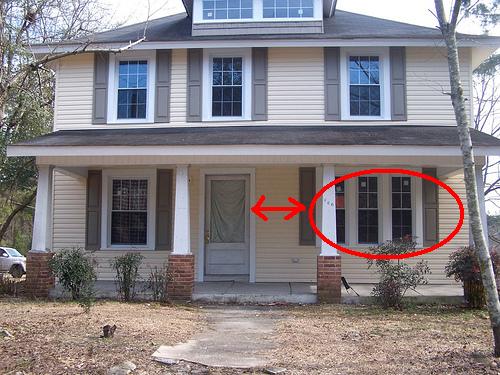 So to answer Betsy’s question–if moving a door or window is possible without rebuilding the whole house and there’s no alternative remedy then I say move it!

This is the before and after of the backyard that Dan and I put a lot of weekends, blood, sweat and tears in to turning around.

Before- a nuclear testing site? 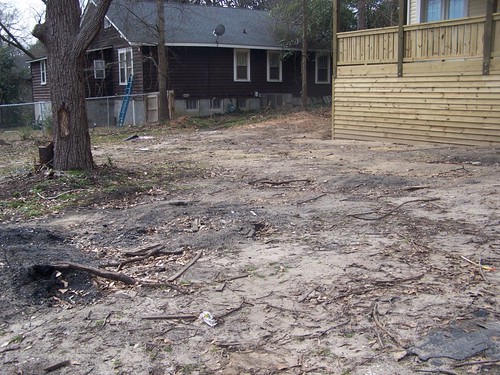 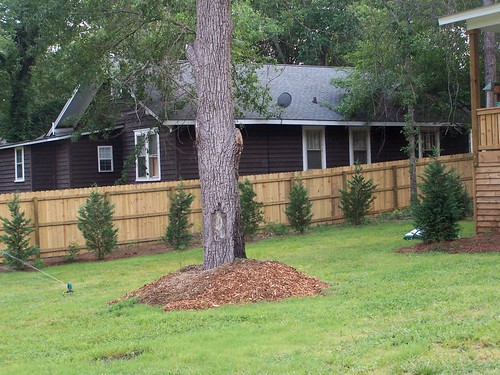 Those Leyland Cypress lined along the fence grew 4-5 feet in 3 years, that’s why they are such a popular barrier tree.Thanks for playing,

Written By
Sarah
More from Sarah
Check out Sarah's recent fav selections and best bets from some of...
Read More