To review… the Grout Cottage is a Queen Anne built in 1895. It is a duplex that we began remodeling in December 2012. Here’s the introduction post to the house.

Beginning at the early stages of planning the kitchen for the Grout Cottage project I knew I wanted to do gray lower cabinets and white upper cabinets. These were the images I often referenced. 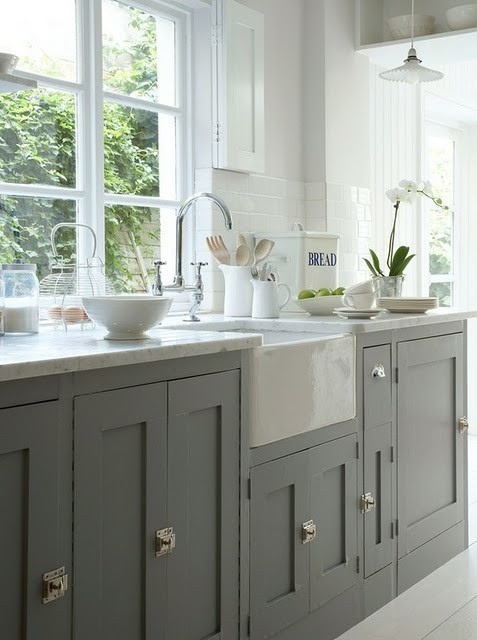 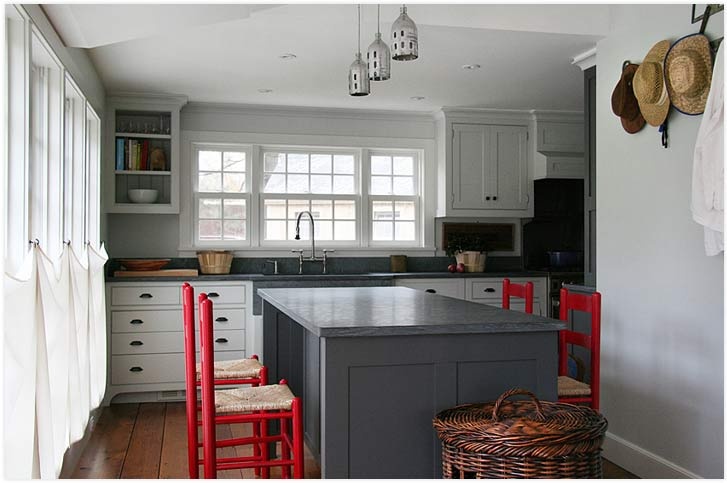 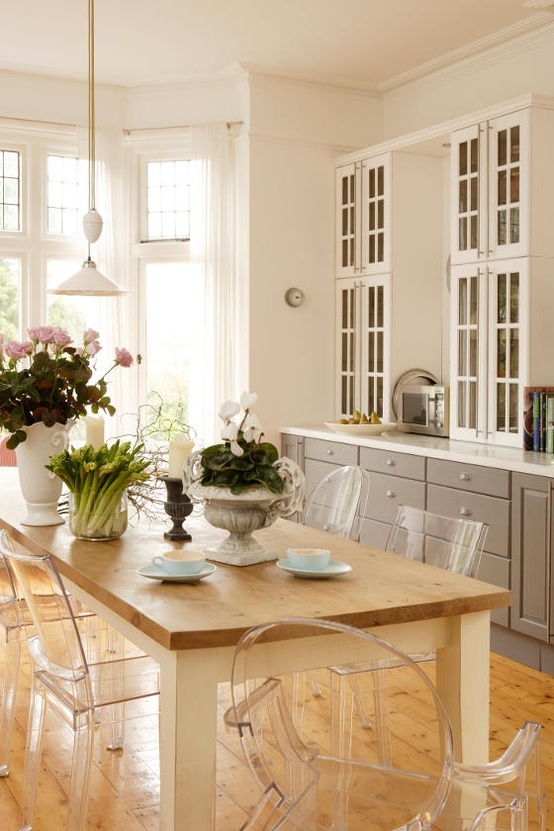 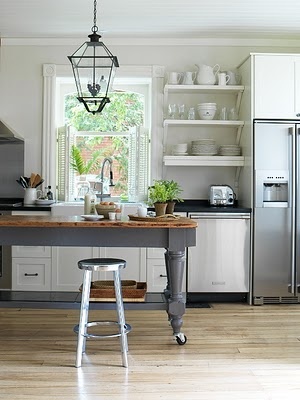 But before those finish decisions are made I needed to layout the kitchen and with the help of my cabinet maker, Quality Cabinet Company we got it done.

I tried to turn the corner with the cabinets and build the fridge in next to the window but we just couldn’t make it work. This was the kitchen in Apartment A after it was all primed.

Although we have a small pantry, we were really only working with the back wall of cabinets.  The appliances and a double sink took up most of the counter space there so we needed an island for both counter space and additional cabinet and drawer storage. We needed a functional island and I think we got just that. I doodled those goofy bin pulls on there. The end caps and the other side of the island have shaker panels much like the dark grey island in the inspirational photo above.

Of course I would love to do a quartz countertop that mimics carrera marble but this is an apartment and I needed to remain mindful of costs. First, I priced out granite tiles with custom bullnose at my local tile showroom and found that by the time I paid for the material and labor I was pretty close to a solid surface granite. So I opted for Level 1 granite, a nice River White slab. 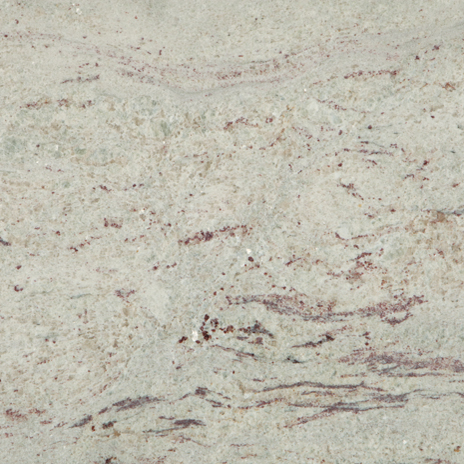 Initially I had my heart set on a brick floor in a herringbone pattern. I priced out the thin brick pavers for indoor application and it wasn’t outlandish but again adding the labor in was outside of the budget so I decided on some affordable 12×12 tiles in a neutral cream hue from Lowe’s with light grey grout to pick up the grey lower cabinets. For a bit of interest I asked the installer to lay the tiles in a brick pattern so it doesn’t look so much like a 12×12 grid. I always make a point to use TEC Power Grout especially in apartments/rentals because it’s stain resistant and you don’t have to seal the grout, trying to keep the grout looking fresher longer. 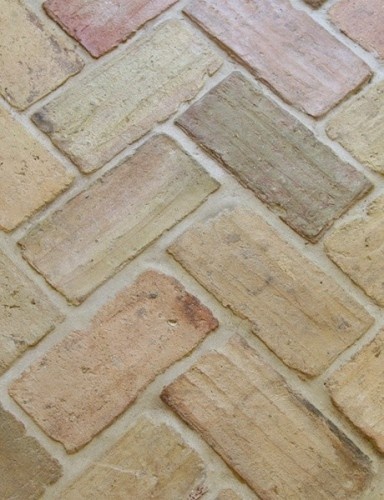 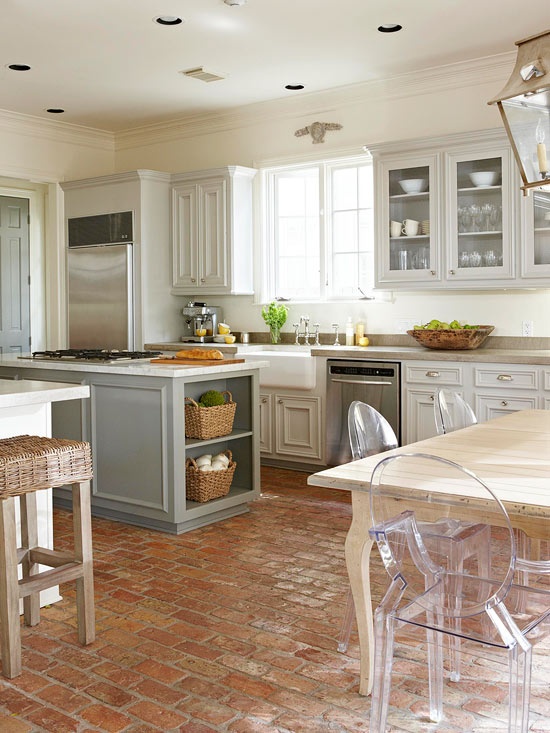 I really like Pottery Barn’s classic pendant collection and I like the price point and I thought it would be fitting to use the Edison bulb because of the age of the house. I wanted a bit of an industrial look and for a while I bounced back and forth between the white shade and a silver shade but finally purchased two of the Easton pendants to mount over the island. I chose the bronze cord as shown in the picture for some contrast in the white kitchen. 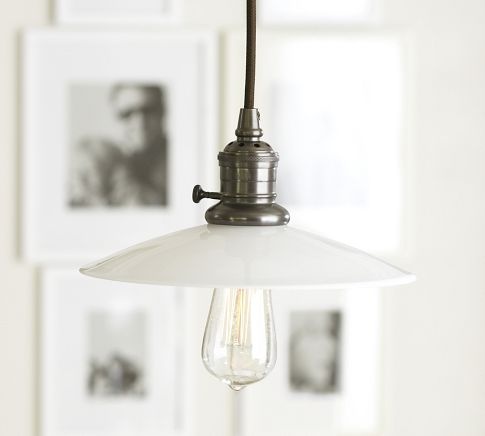 Because its a rental we can’t exactly install a Rohl bridge faucet so I opted for something a little unique, the Portland faucet at a great price from Overstock. Rounding out the details are classic bin pulls and knobs from Lowe’s and stainless appliances.

In the kitchen window above the sink was some stained glass in a 1980s replacement window that may or may not have been original to the house. Whether or not it was original it had been there with the house for many years so we decided to preserve it. After some discussion about creative ways to mount it to look as if it was part of the window, we decided the best/easiest thing to do was to re-frame it and suspend it in front of the top half of the window on a small chain. 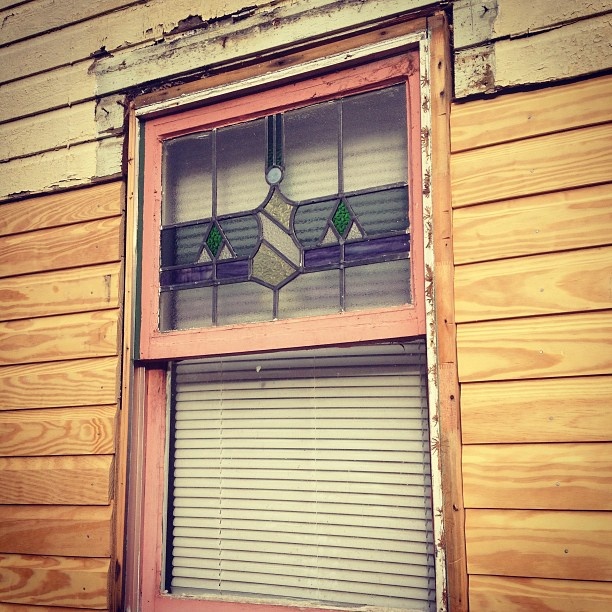 Stay tuned…the painters are there today doing their final touch up. The downstairs apartment is about a week away from being photo ready.

Written By
Sarah
More from Sarah
Folks, I’m happy to report that I will not be painting the...
Read More