Did you know that “NetflixandChill” is a code phrase in the online dating world? Ah, the things we miss out on being all coupled up in 2016.

But, whether you are on Tinder or not, don’t we all love a good night in with a cuddle on the couch and some marathon TV, you know for the actual purposes of devouring your latest TV thrill?

Turns out, we at TEOT have a fascination with the darker side of the drama spectrum. To lighten things up a bit, we’ve paired our juiciest marathon obsessions with an equally intriguing sofa, for a combo worthy of its own meme.

When it’s time to binge watch, we whole-heartedly endorse these streaming and sofa combos. 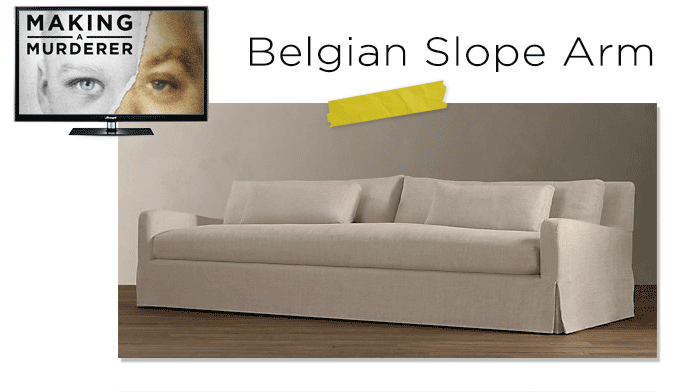 You basically have a civic or really a human duty to watch the 10 episode documentary series on Netflix called Making a Murderer. It’s a documentary deep dive into a murder mystery the likes of our favorite podcast SERIAL. Has the justice system failed an innocent citizen? Is there a vast government conspiracy at work? Sink into the luxe depth of the Classic Slope Arm and try to keep up with the details. 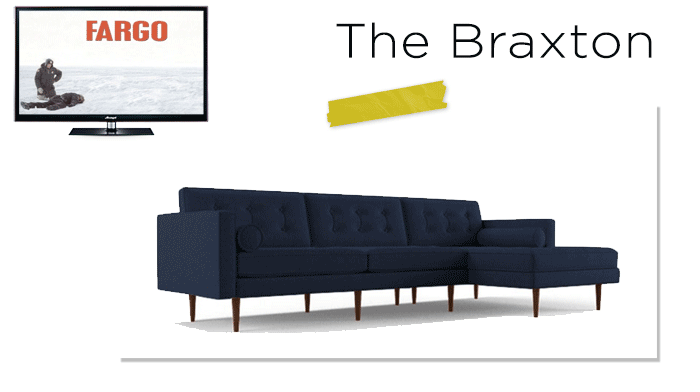 The FX series based on the Cohen Brothers film of the same name is Billy Bob with creepy bangs, its a classic Cohen, “take no prisoners,” split-screen delight with a great soundtrack. If you like dark comedy, you may agree that this series was the best thing on TV all year. We’ll take it stretched out on the midcentury lines of the Braxton of course. 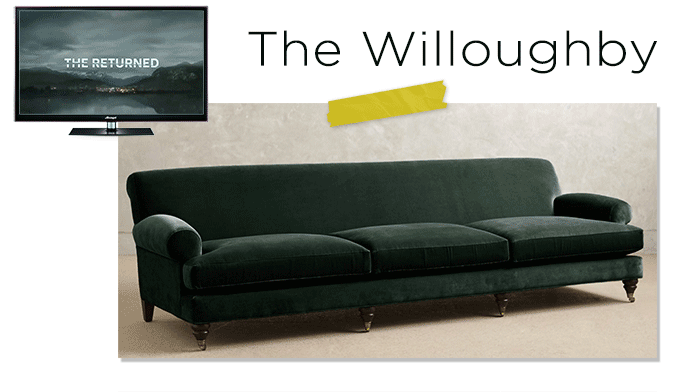 The Returned + The Willoughby

(the French version, you gotta watch the original French version available on Sundance & Amazon)
It’s a slow horror series with a look at humanity through the kind of dark lens that only the European can hold up. Encroaching waters threaten a small lakeside town, haunted with the supernatural return of formerly deceased loved ones and the leftover anguish from serial murderer. You need a deep, dark lived in velvet sofa with classic lines to envelop you and cradle you throught this rocking cerebreal horror. We think Anthropologie’s classic roll arm sofa in Forest Green will do.

Written By
Sarah
More from Sarah
My main inspiration for the A-frame kitchen design is the next three...
Read More