Have you noticed the resurgence of the Mexican folk art blanket? It started last year and I thoughtÂ it had died down after Grace Bonney covered her headboard with it.Â  But alas, its still happening. 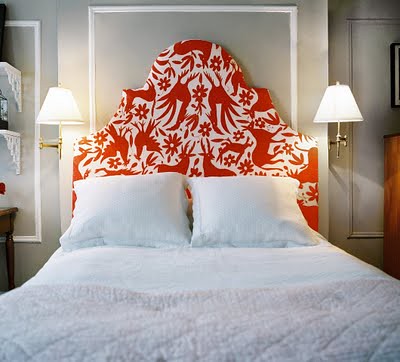 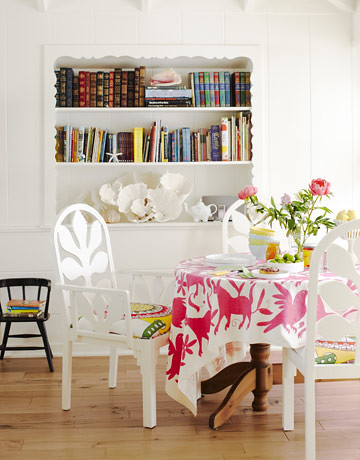 In Betsy Burnham’s daughter’s room (when will people stop talking about this room, not any time soon!) 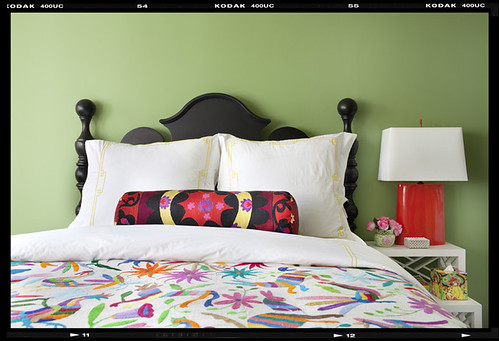 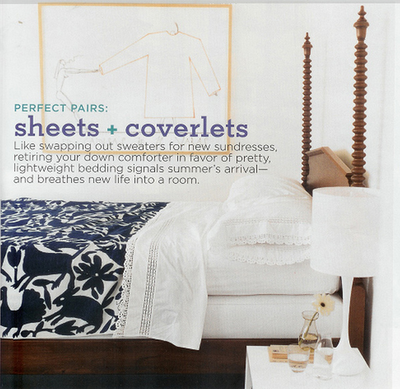 After doing a little digging I found that it is called colcha and is nativeÂ to the tenango regionÂ of Hidalgo in Mexico.Â  It is a folk art practiced by the Otomi Indians.

My Mom and Dad are living the colcha dream in their bedroom, you can catch a glimpse of it. Â Its really beautiful in person and is a powerful graphic force in any room. 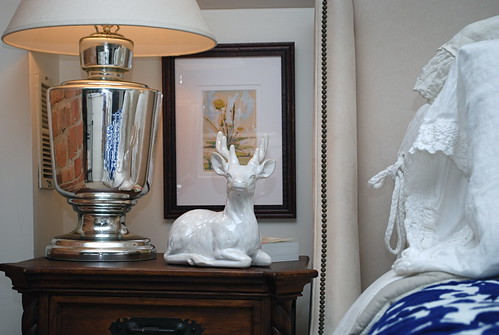 Last week I found this on Ebay and considered it as a coverlet for DC’s room. I searched “mexican coverlet” and “otomi”Â and found someÂ other choices too.

These blankets are also available at the beautiful Laviva Home and Jacaranda. 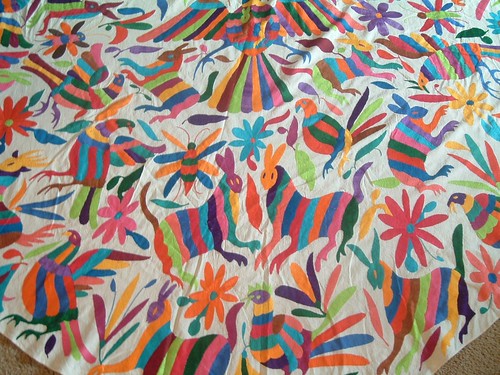 Written By
Sarah
More from Sarah
Get cozy somewhere. I have like fifteen window seats in my house…no...
Read More