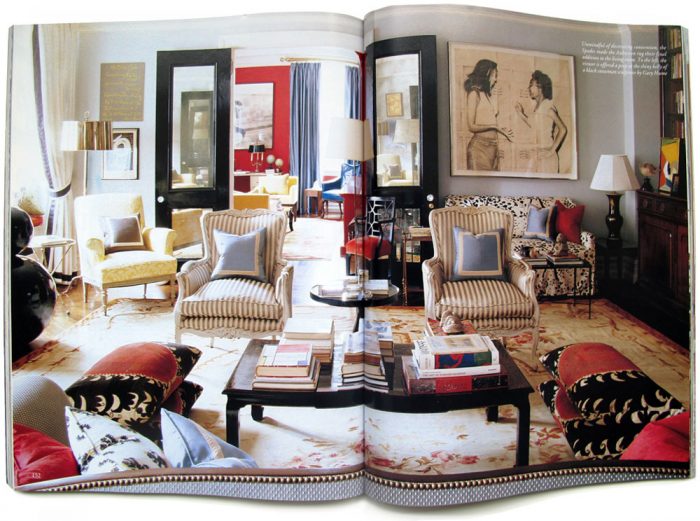 The Park Avenue Pre-War Apartment of designer Kate Spade and her husband Andy is amazing.

Actually, I’d say it’s superior. When I saw their apartment it was comparable to my daughter DC’s reaction to the beginning of Blue’s Clues, which means I should kneel down on the floor in front of the computer screen and flap my arms and say “da dadadada”.

Sometimes you just love things, and well I love the Spade Park Avenue apartment as most do. So here it is… 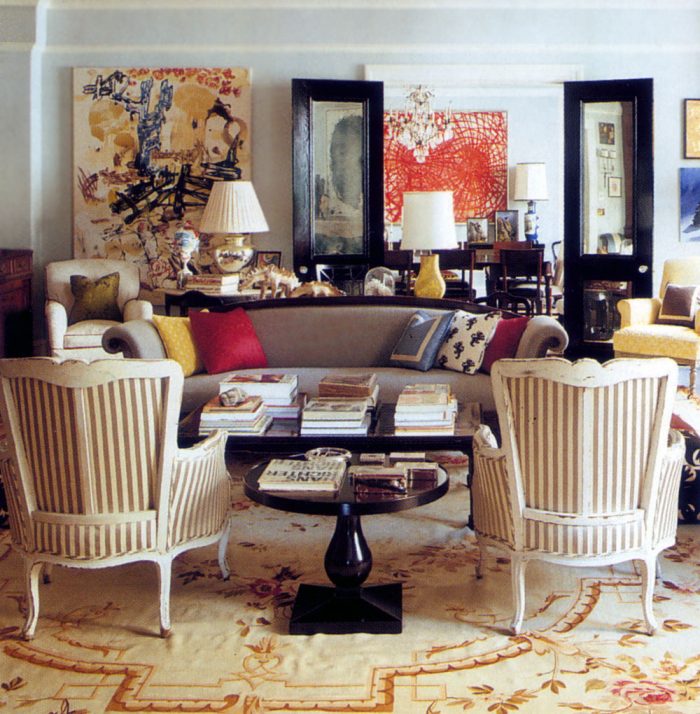 “in new york, people like to stereotype you by where you live,” she observes. “our downtown friends kept saying, ‘oh, uptown, that’s so provincial; it’s not very modern.’ it’s so silly to be judged by your neighborhood. when i was growing up in kansas city, you told people where you lived and they said, ‘oh, okay.’ but in new york you tell them, and you hear this tone in their voices. it’s ridiculous.” 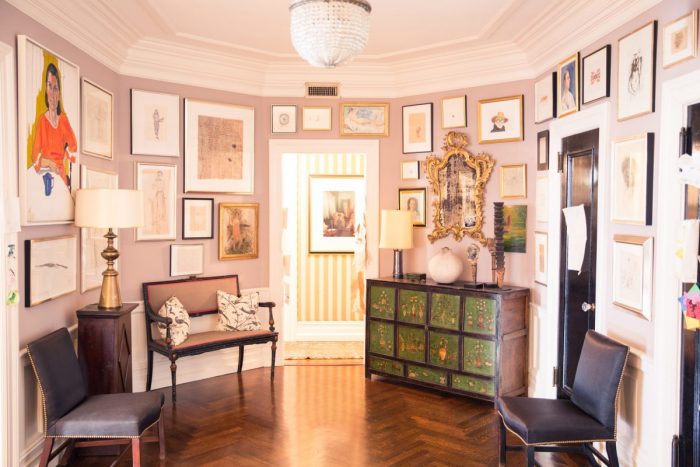 The mix of frames, art and finishes is pretty daring but all seems to nestle in together nicely. Looks complex and I would love to do it but I would run the risk of just looking mish-mashed. 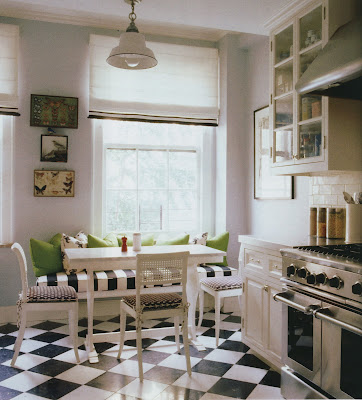 Striking a balance can be difficult. 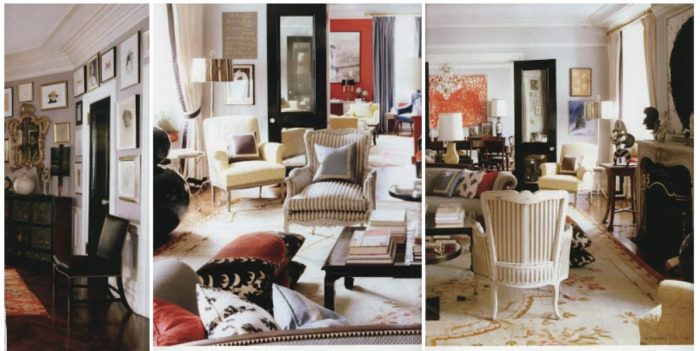 This is really just perfect.

New York based designer, Steven Sclaroff collaborated with Kate and Andy on the design. It took 12 months to renovate, three years to decorate. 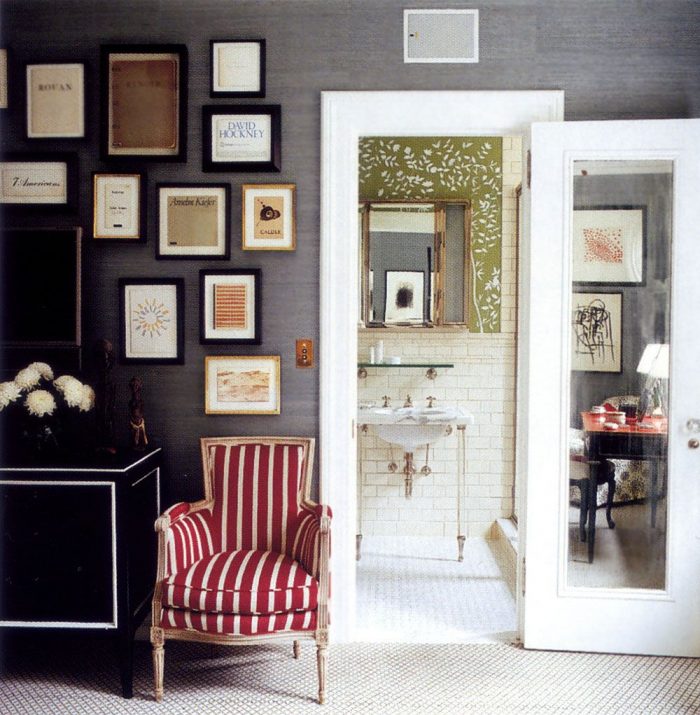 Everyone has gone on and on about the candlesticks and the black interior doors. Sclaroff says the black paint gave the doors a “graphic quality”. 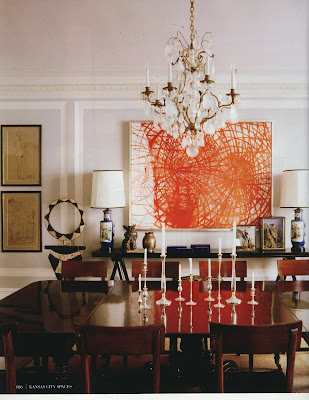 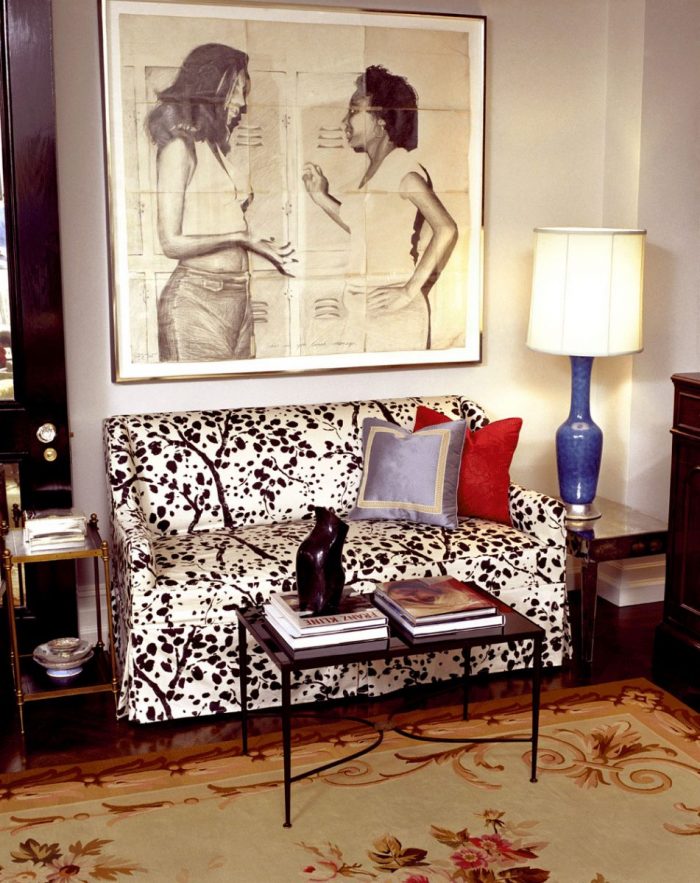 We have just learned of the passing of this fashion icon and we’re devastated. Death by suicide is such a tragedy and it makes us think of the devastating effects of mental illness. Thank you for your inspiration Kate Spade, may you rest in peace.Thanks for playing,

Written By
Sarah
More from Sarah
On TuesdayÂ I posted about my mother’s porch swing and the accent pillows...
Read More